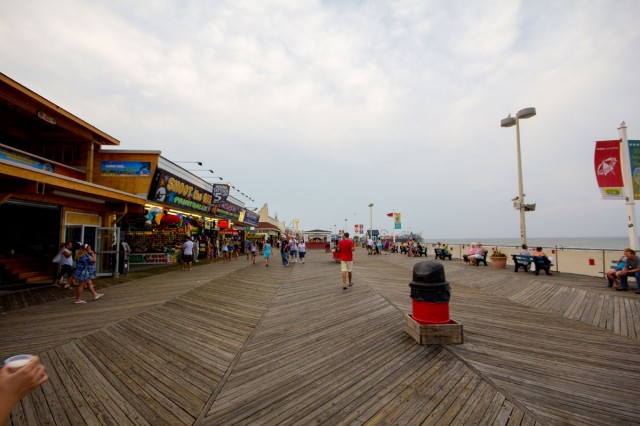 Seaside Heights is known for its boardwalk. Watched Jersey Shore? Yeah, that’s our boardwalk. Ever caught footage of MTV beach house debauchery, and you’ve seen the far north side of our boardwalk. Yes, it’s a little trashy. Okay, a lot trashy. But where else can you get the best sausage sandwiches, lobster rolls, birch beer, frozen custard, and rickety roller coasters? 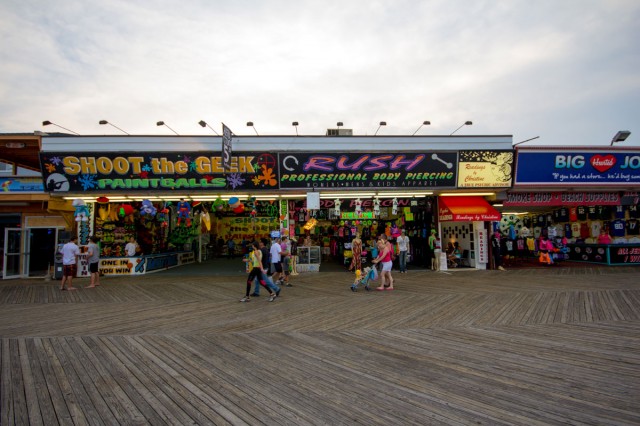 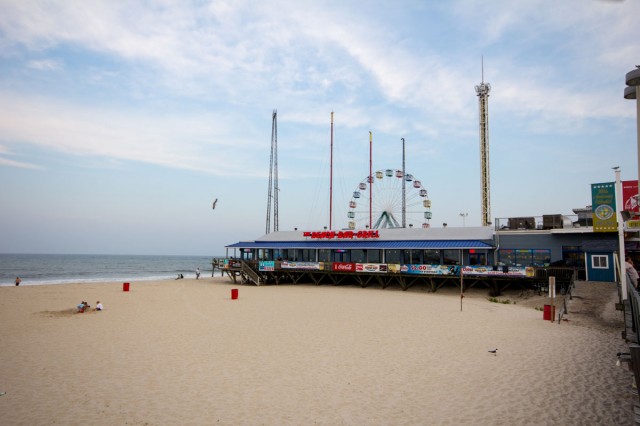 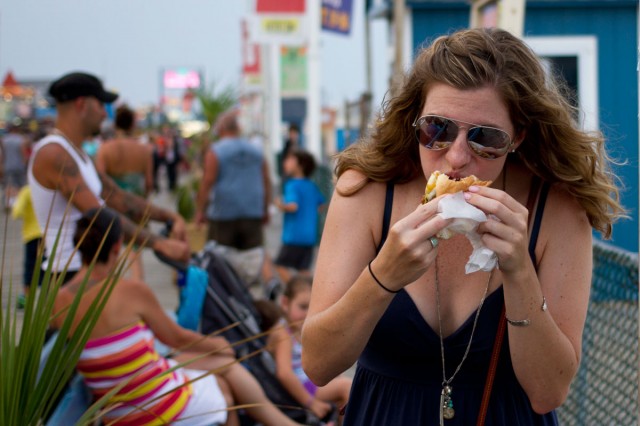 Midway is the place for a sausage, peppers, and onion. Four years ago Jason ate three (3!) in one day, but he’s done proving his mettle to the family so this year he only had one. I even tried to do a split for another half each but he wouldn’t go for it. The sweetest lemonade in all the land washes it down. I’m getting hungry just thinking about it. 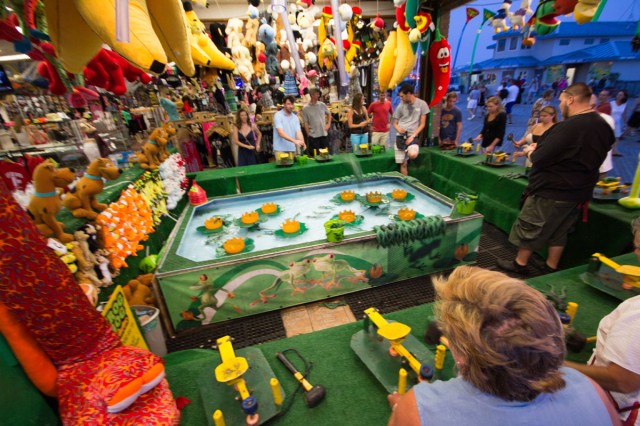 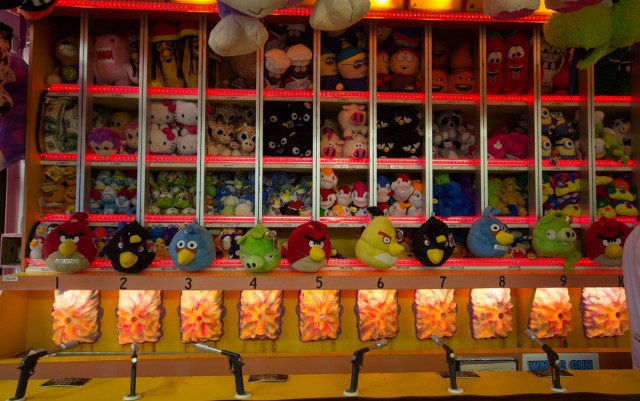 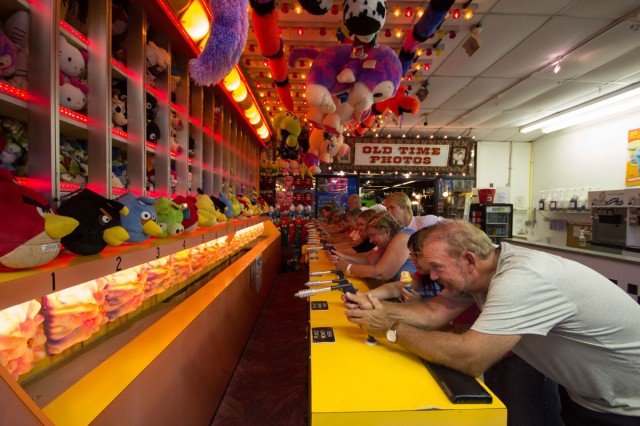 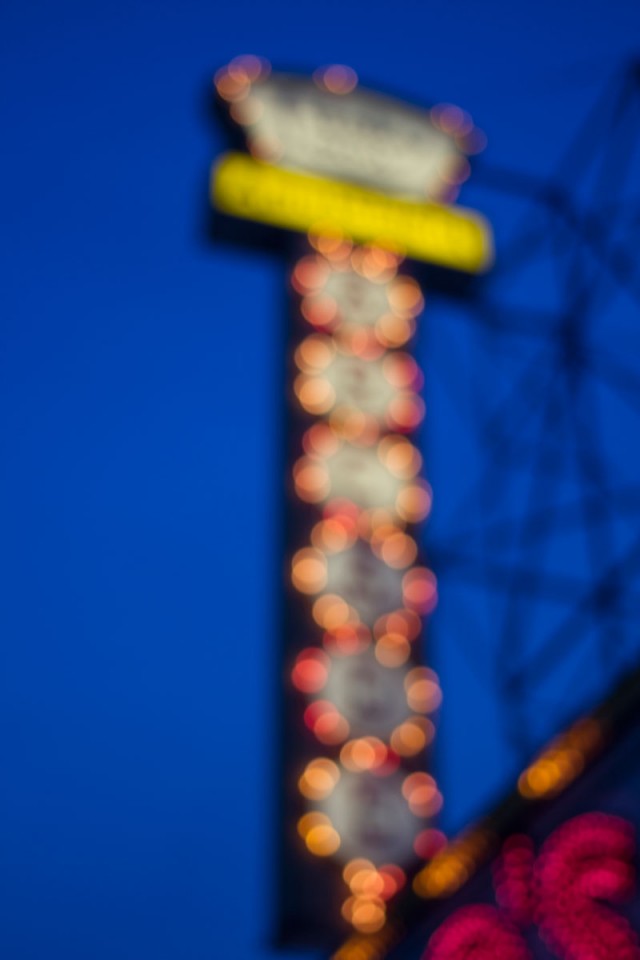 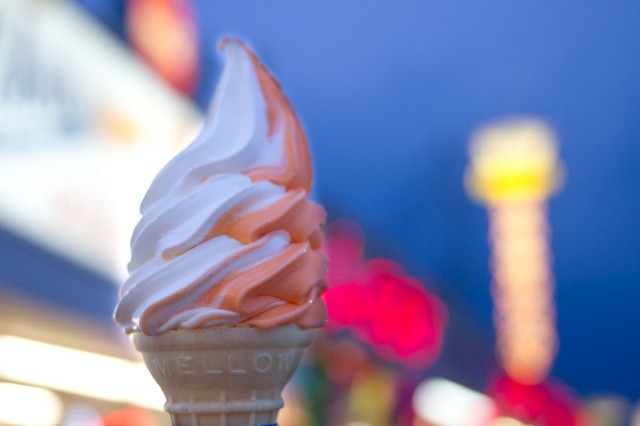 Turned out the one night we chose to go to the boards was the night a derecho descended on the East Coast, and boy did it come upon us fast! Games started closing and people fled the boardwalk—we got into the cars just in time, in fact. Of course, Jason just went straight back out, stormchaser he is. The shots were clearly worth it! 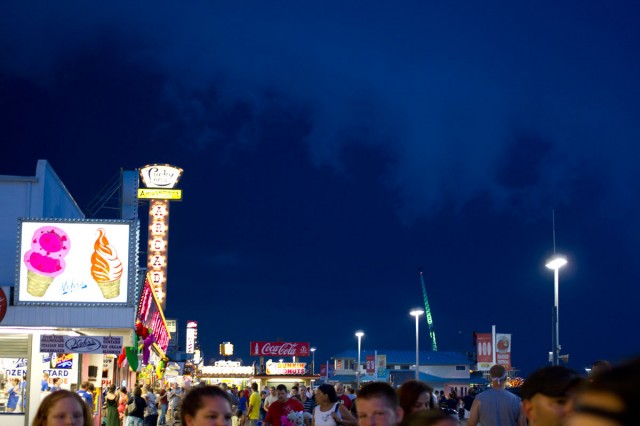 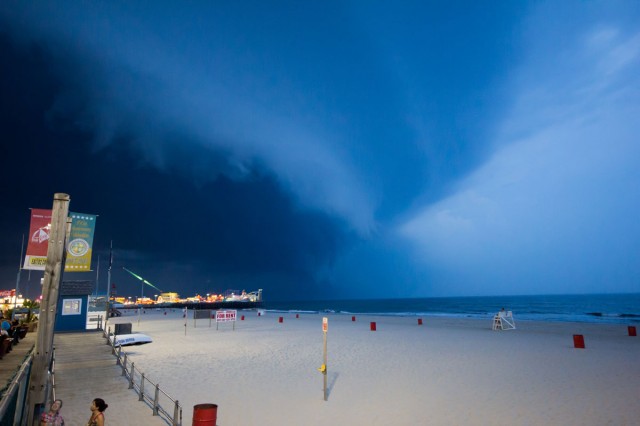 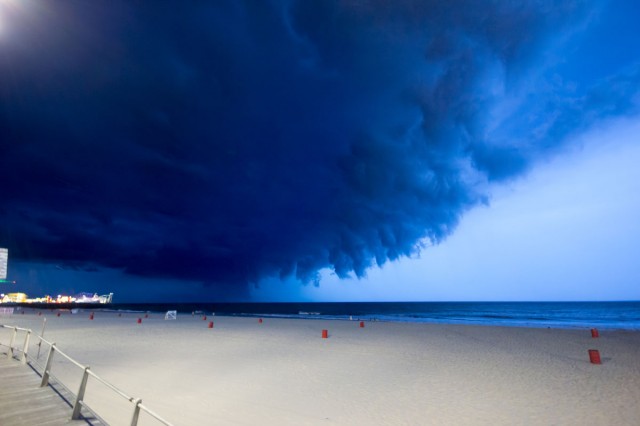 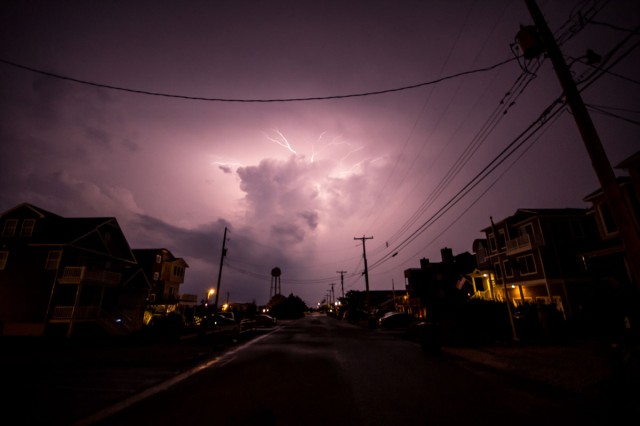