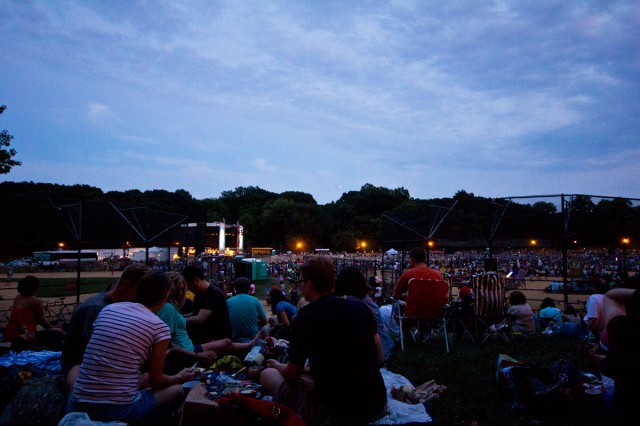 One of the greatest things about New York City in the summer is the sheer number of free events you can attend. There’s Shakespeare in the Park, movie showings, and more. Every year, the New York Philharmonic has free performances in city parks, notably Central Park. That show is always packed blanket to blanket, so we went to the one in Prospect Park in Brooklyn along with our friend Holly—we hoped to have a smaller experience closer to home. We arrived early enough to be on the main lawn but thought the more sparsely populated edge would be a nicer location. (This was our first time listening at Prospect Park, and it turns out we were wrong: though you can hear the music pretty well, the speakers are not aimed at you, which meant many quiet parts of the pieces were completely lost on our area. This also means people in attendance chatter incessantly and don’t sit quietly. Next time, we’ll go farther in!) 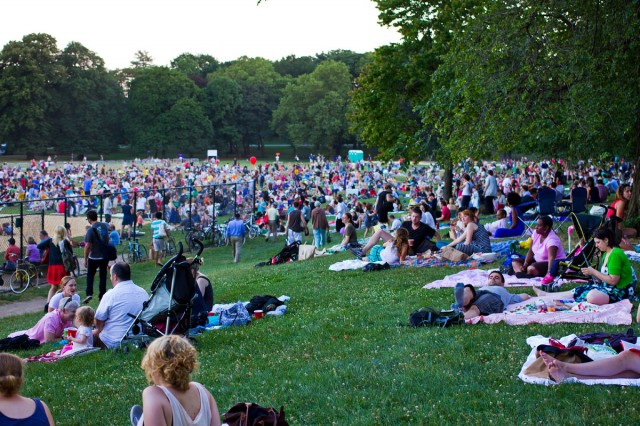 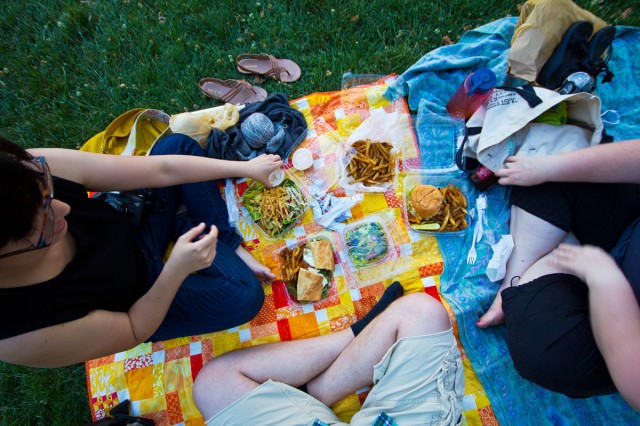 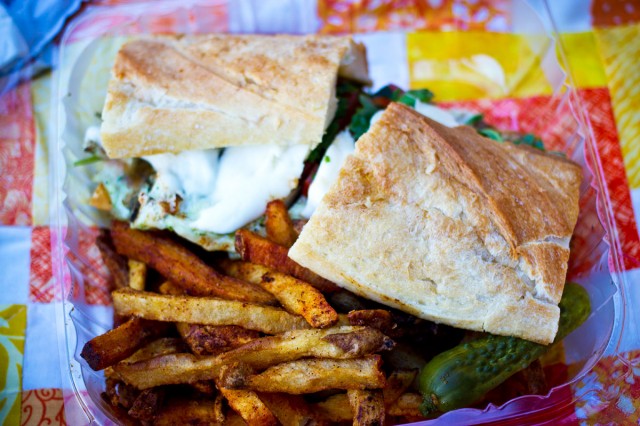 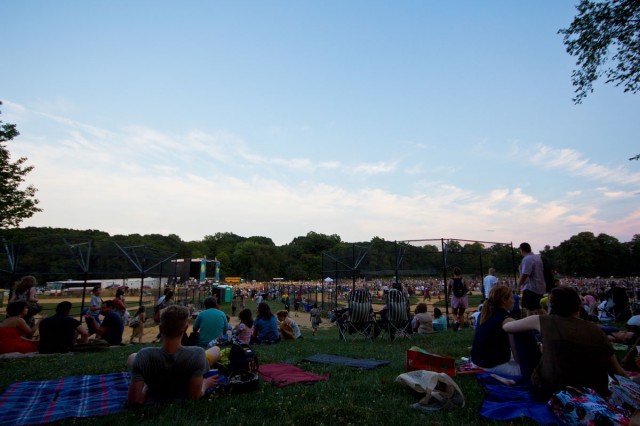 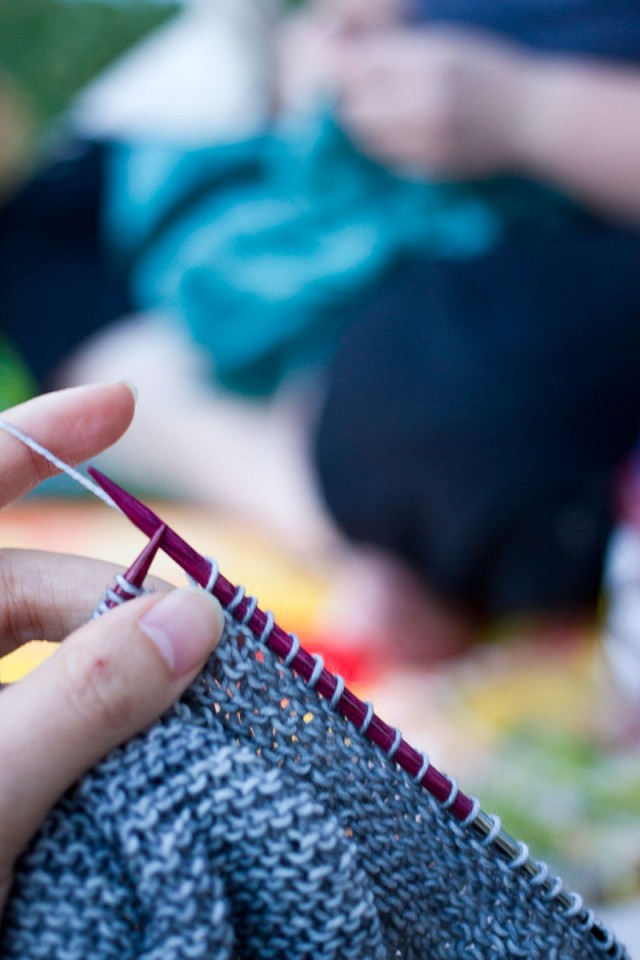 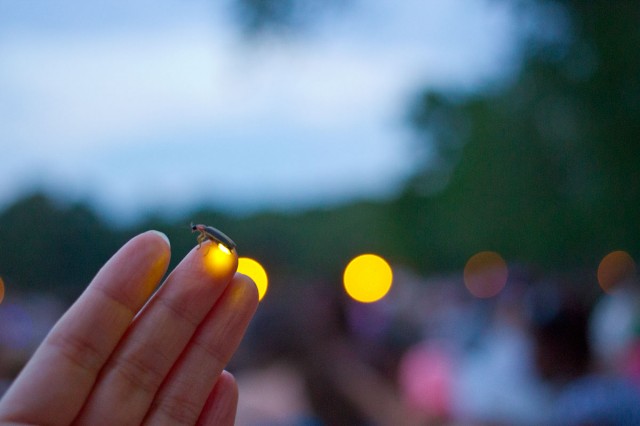 We went the easy route and ordered food to go from Dizzy’s right near the entrance to the park. We spread it all out, ate, and then Holly and I both knit as the sun set. The show began at 8pm, when the fireflies were starting to come out and the sunset was casting a glow over the park. The performance included Tchaikovsky’s Symphony No. 4 and two pieces by Respighi: Fountains of Rome and Pines of Rome. None of us was familiar with the pieces, but they were beautiful. Erin’s always loved going to the orchestra but prefers being able to see the musicians playing, and Jason is eager to go to one where he can actually hear it; we’re looking into the schedule at Lincoln Center for the future.

After the concert ended, there were fireworks to celebrate! Though there was a tree in the way, we had great seats; this sure made up for the lack of explosions in the sky on Independence Day! 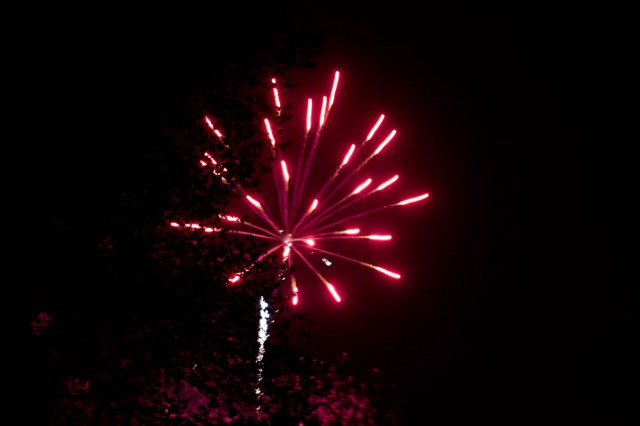 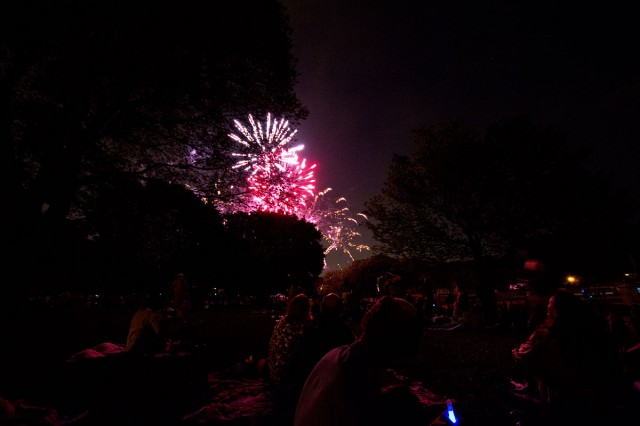 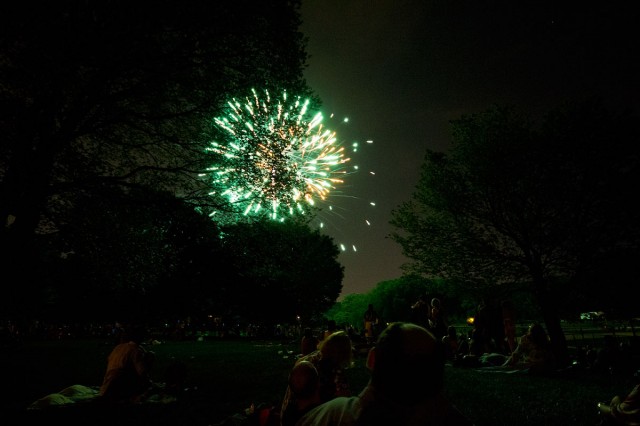 Take a listen to the concert yourself in the video Erin took.